It’s been a week since my last post and sadly…nothing much had changed.

When we left off the guys got their asses handed to them in Queens the last game of the series against the Mets. They’ve been on the West Coast (cue problematic light) since last Thursday taking on the Dodgers and then the Giants.

We won the first game against the Dodgers 5-2 then lost the remaining 2 games of that series and on Monday, started a 3-game series against the Giants. And yes…we lost…and lost again. Actually we had lost 4 consecutive games at that point.

But boy did our bats come alive on Wednesday! 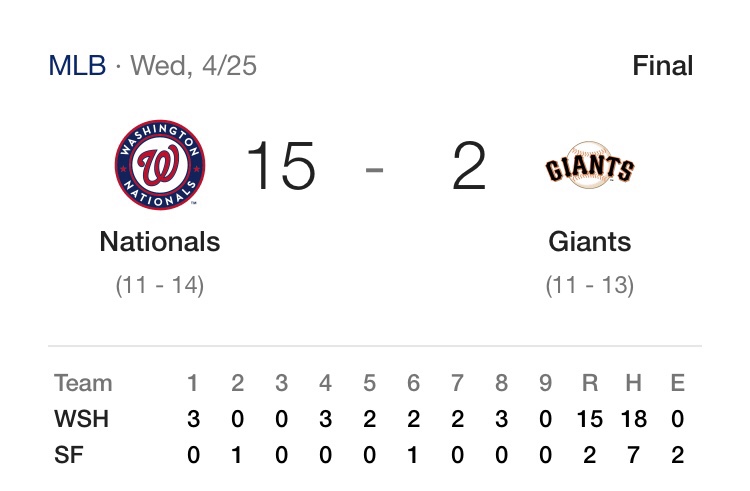 We’re back home now and tonight we take on the Arizona Diamondbacks.