This is it. My last day in the West Palm Beach area. So many things had worked out in my favor. The weather had been perfect, I spent time with one of my favorite humans enjoying one of my favorite things, I ate very well, and it appeared I’d be heading back home with only TWO mosquito bites. How’s that for winning?!

My AirBnB host was super flexible on my check-out time, so I took my time packing. Recounting what I did in the days prior in a way to not only hold onto those memories but to also hold onto that feeling of peace and accomplishment.

Packing, I realized I brought way more stuff with me than I actually wore or needed. I’m not typically an over-packer (I don’t think) so I’ll chalk it up to just being excited for the trip. However, these are some of my favorite Nationals things.

I eventually gathered all of my things, loaded up the Jeep, and headed 15 minutes south to Delray Beach to finally check out that one vegan spot before going to the airport. 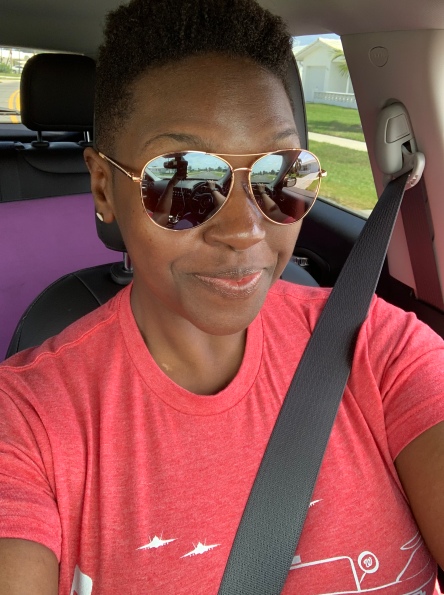 Don’t worry…I kept one hand on the wheel the entire time.

I arrived at The New Vegan to find it busy but without any wait and received a warm welcome and a glass of alkaline water. Having peeped the menu a number of times, I knew I was going straight for the kale burger. A kale patty served on millet and flaxseed bread with lettuce, tomato, and vegenaise. I added pickles and avocado and decided to add the side salad and rice for an extra $3. There were several OMG moments while eating. I’m not usually one to boast but I really did save the best for last. 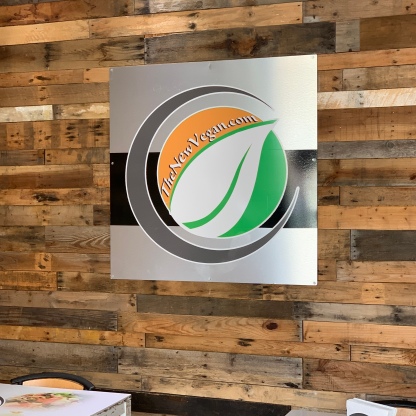 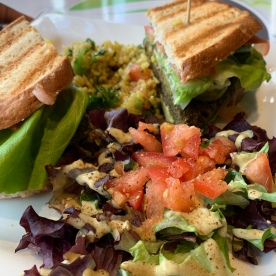 Before leaving, I had a chance to chat with the owner and thank her for such a delicious meal. Come to find out, there are no soy or gluten products on the menu, and the restaurant serves and cooks in alkaline water. Also, they have a location in West Palm Beach that is open on Tuesday!

I ordered a green veggie smoothie for the road and made my way back up 95 N towards the airport.

The rental pick-up at Budget was a cluster but I for certain thought returning the vehicle would be seamless. It was, actually. However, Budget had to get one more screw up in before sending me back home, and it came in the form of the USELESS airport shuttle driver. The man barely assisted me in lifting my ONE piece of luggage up the steps and onto the shuttle. He asked which airlines to where we would need drop offs (and there were many) however, when he made his one (and apparently only stop) at the airport, he failed to make any sort of announcement. The nail in the I’ll-never-patronize-Budget there-again coffin was when he stood by, carelessly, as a woman mistakenly carted off with my luggage, despite my yelling to get her attention. I literally had to run her down. You better believe I fired off my frustrations in a Google Review! He did get us to the airport safely, so I guess that’s what was most important. 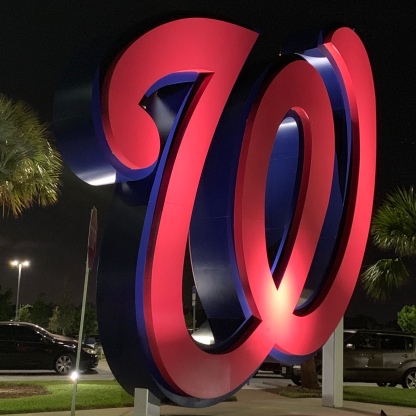