Reesie, my good friend and colleague, and I are headed to West Palm Beach, FL for a quick getaway from the erratic DC weather and of course…Nationals Spring Training games!!! 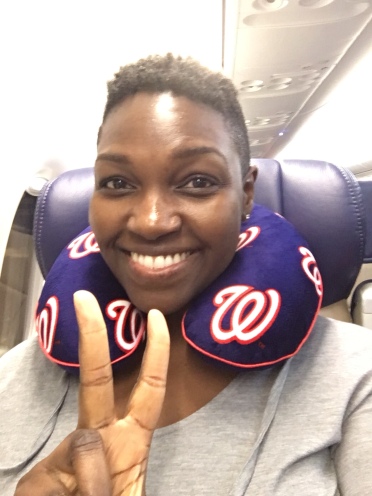 With NATS Plus, 4 tickets to a single Spring Training game are included in the membership. So of course we pooled resources to get the best experience. We’ll have a chance to catch some batting practice (BP) and the games against the Marlins and Astros home at the FITTEAM Ballpark of the Palm Beaches.

Ironically, it’s a pretty mild day here in the District, but winter weather is headed this way, so this trip couldn’t be more timely.

I’m excited to see Adam Eaton and the rest of the guys back in action, as well as the new additions to the team!

See you in WPB!

My oldest (and I’m talking at least 30 years old) memory of baseball starts in southern Anne Arundel County, Maryland (“down the country” to anyone who lived North) in a small town called Galesville.

About 14 miles south of my hometown, Annapolis, and located along the short of the West River (an arm of the Chesapeake Bay), Galesville was a historic waterman’s village and believed to be the first Quaker settlement in Maryland. If you’ve never heard of Galesville, it’s okay…had my ancestors life in America not start there…neither would I. 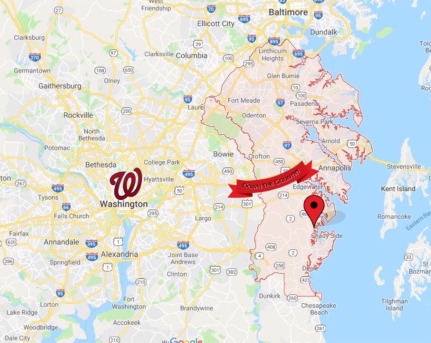 Growing up, I spent a lot of time with my family down the country.

Playing outside (the old-school way) with my cousins in Edgewater; going to church with my grandmother in Harwood; cruising on boats with my grandfather off the coast of Shady Side and around the Chesapeake Bay; and in the Summer, on any given Saturday or Sunday afternoon, going to sandlot baseball games at Geno’s and Drury’s ball fields in Lothian or Tracey’s in Deale, with my mom and aunt.

However, the ball field in Galesville felt like home…the place to be. Perhaps that’s because every time we were there, we always ran into a cousin “so-and-so”…which turned into a long-winded conversation about how life was going, the family, the church, etc. I was a kid! All I wanted to do was run around in the dirt, watch some baseball, grab a grape soda and a hot dog or fried fish, look for fly balls, and play in the dirt some more.

As a kid, I had very little knowledge of the game itself or that that ball field was set on property owned by Mr. Henry Wilson, a former freed slave and one of the first black men to own land in Galesville. It was the Home of the Galesville Hot Sox, and had even hosted a few Negro League teams back in the 1930’s and 1940’s.

My love of baseball would evolve from those days as I caught games at the Y in Annapolis and Orioles games at Camden Yards; or at the Os’ AA Affiliate the Bowie Baysox; even travelling to Woodbridge, VA for the Nationals’ own Class A Advanced Affiliate, the Potomac Nationals.

But it would be from my time down the country as a kid, that I would start to associate the sport of baseball with family, the summer heat, good cooking/food, and the feeling of…home. It’s no wonder I find the ballpark serene.

So, when did you fall in love with baseball?